Below, a description of the many Tucson neighborhoods Brad serves...

Most of the homes are large estate type homes with nice sized rear yards, most having views of either the lovely city below or the majestic Santa Catalina Mountain Range!

Shopping can be very high end up in the foothills for example there is La Encantada, a very high end outdoor mall with vendors like Crate&Barrell, Coach, L'occitaine en Provence, to name a few. There are also wonderful art galleries such as; Medicine man Gallery filled with many local artists at very reasonable pricing, Settlers West which has some very important western artist represented and not to be missed is DeGrazia's Gallery in The Sun...now you will love or hate his art but seeing the art gallery itself which was the home of the artists till his death in 1982 is an experience all in itself.

The lower foothills; Skyline Drive to River Road and Oracle to Sabino Canyon is dotted with some of the loveliest older estates in Tucson Homes by known architects like Tom Gist, Joesler and Arthur Brown to name a few, and lesser known architects and builders. Many homes sit on larger lots as these were built back when land was a bit cheaper. You are still close to all the wonderful shopping and dinning found in "The Foothills" and you are a bit closer to all that is cool closer into town!

The Lovely Central Neighborhoods:  So you want to be urban but you still want to live in a super cool neighborhood? Well Tucson has it! Let's start with The Sam Hughes Neighborhood; though Sam Hughes, one of Tucson's first businessmen, never lived anywhere near what is now called the Sam Hughes Neighborhood, it is a lovely historic area right next the the University of Arizona and is filled with lovely Craftsman style bungalows, tutors, dutch gambrel and adobe style homes. Some done up to the 10's some needed a loving hand. Then there is The Blenman Elm Neighborhood which occupies just about a square mile just East of The University Medical Center and consists of about 17 styles of homes that were popular between the 1920's and 1950's...lovely and right in the heart of town! There is also; Poet's Square filled with lovely mid-century ranch homes on nice sized lots, El Encanto where Linda Ronstadt's family lived for a long time, Colonia Solana filled with wonderful historic homes and nice walk-able streets, El Montevido located near Country Club and Speedway.

Downtown and the Historic Barrio

Most cities grow from the center out and that is precisely what happened with Historic Downtown Tucson  and Barrio Libre. Homes in the “old barrio” consist of those built in the 1840’s with mud adobe walls and mud and viga ceilings, wood frame Victorians and Arts and Craft period homes in the Bungalow style. Living in the Old Pueblo is fun and exciting with a vibrant downtown there are tons and eateries, discos and bars and lots of sites you can walk to like; The Tucson Museum of Art, St. Augustines Cathederal, Tucson Convention Center, The Presidio de San Agustin de Tucson, newly restored Fox Theater  and so much much more!  To research more about Downtown Tucson and the Historic Barrio.

Marana:  The city of Marana is what most would consider Northwest Tucson. The I-10 freeway runs right though it, making Marana a very nice bedroom community to Tucson as you can jump on the freeway and get downtown in minutes. Originally all agricultural, there is still lots of cotton grown in Marana and the cotton grown here, in Pima County is where  the much prized "Pima Cotton " comes from .  Housing in Marana can range from a prairie Victorian on land to town-homes, from cookie cutters in newly developed subdivisions to large custom homes.

Oro Valley AZ: The City of Oro Valley was  incorporate in 1974 and is a lovely bedroom community just 6 miles north of Tucson. There is lots of affordable housing and some large sprawling estate home too. Several convenient shopping.

One the nicest things about living in Oro valley is the spectacular view of Pusch Ridge!

Saddlebrook is a large subdivision north of Oro Valley off of Oracle Road that has spectacular view, is a planned community with a golf course, community rooms and pools and is age restricted. Though there are several age restricted community to look at in the greater Tucson area...The Planned Community of SaddleBrook is definitely one to look into it that is what you might want in a community.

Dove Mountain Located as  north of Tucson as Oro Valley, the large planned community of Dove Mountain is further West, closer to the #10 freeway making it an option if jumping on the freeway and running up to Phoenix may be important to you. 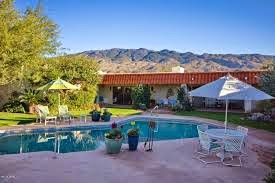 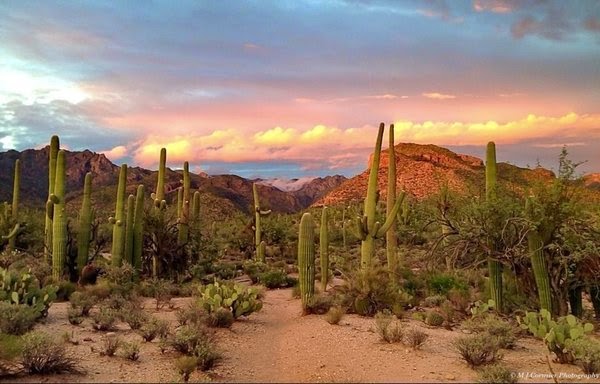 Northwest Tucson is generally considered all that is East of Sabino Canyon Road and North of Tanque Verde Road. It can be a very quite area of town and has several small ranches, apartments, planned communities like The Lakes at Castle Rock and Forty Niner Country Club and large private custom built homes. It is also the gateway to the road to Mount Lemon where after a pleasant 1 hour drive you can escape the heat of summer and find a pine forest with gift shops, hiking and the small but fun Mount Lemon Ski Resort too!

The east valley would again be anything east of Sabino Canyon Rd but all south or Tanque Verde Rd. East Tucson has a mixture of single family homes, apartments, newer subdivisions and older homes on large lots. Of interest on the east side is Saguaro National Monument Park where there is great hiking and a wonderful way to get away for the day! There are local farmers markets all across Tucson and one fun one on the east side is at Traildust Town Town every Friday 9-1pm.

Vail Arizona is a bit further out than Rita Ranch.  As recently as 1990, if you where to take the Wentworth exit of of the #10 freeway just Southeast of Tucson, turn north, go over the railroad tracks, past to old country store, up a slight hill, you would come to a magnificent view of Vail Arizona....a lovely valley bordered by the lovely Rincon Mountains. Stand in that same location now and that entire valley is roof tops! But what a nice bedroom community it is....homes from 1300 square foot 3 bedroom, 2 bath homes to large 3000+square foot homes sitting on large pieces of land or behind gates or on golf courses. Vail has a little for everyone.

Corona de Tucson is about 10 miles south west of Vail and with only about 500 households has a much more a rural feel than the planned development of Vail. Corona de Tucson is the home of manufactured homes, small planned communities and larger homes on 1+ acres, all nested against the Santa Rita Mountians.

Rita Ranch and the surrounding areas 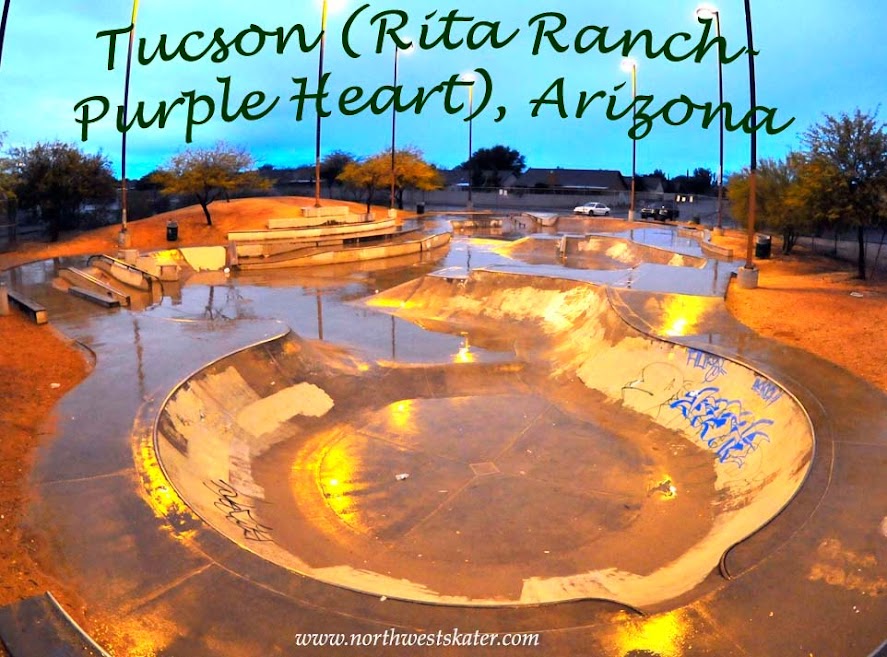 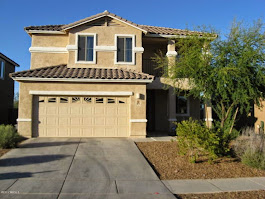 Rita Ranch is a subdivision 22 miles southwest of Downtown Tucson. When Rita Ranch was first developed 15 years ago there was virtually no services. Back then living in Rita Ranch meant diving 15-20 minutes for everything! But now there is a large Frys Signature Market at The Shoppes at Rita Ranch, just up the street a new Ace Hardware and many many more stores and restaurants all long Houghton Road.

There is also a Safeway Grocery store and many other shops and restaurants at The Rita Ranch Shopping Center located at 9040 East Valencia Rd.

Sahuarita Arizona is located south of Tucson by 20 miles, just off of  the #19 freeway on the way the boarder town of Nogales Sonora Mexico and the retirement community of Green Valley Arizona. The City of Saharita Arizona is a wonderful planned community consisting of several small, some gated, neighborhoods, a large man made lake, huge recreation facility with pools, a gym, meeting rooms and more. You can choose to live within the planned community they call "rancho Sahuarita" or live a bit out where you can find custom built homes sitting on larger parcels of land.

The prince Road area is a mix of single family homes, apartment complexes, retail and commercial. This area is served by the Flowing Wells School District and Amphitheater School District. The Miracle Mile District has a long history of being the first place motoring tourists would visit back in the 1930's to 1950's and the  Stretch of Miracle Mile from Oracle Road to the #10 Freeway has had a lot of fun revitalization in the past few years. If you are going to visit Tucson make sure to make a stop at The Monterrey Court Galleries and Cafe, If you plan ahead you could spend an enjoyable evening listing to a live local band...for free!

The City of South Tucson

The city of South Tucson is located just south of Downtown Tucson and consist of approximately 1 square mile. Though a sociologically diverse community The City of South Tucson has a large Hispanic population and therefore a great place to go find some great restaurants with authentic Mexican cuisine! 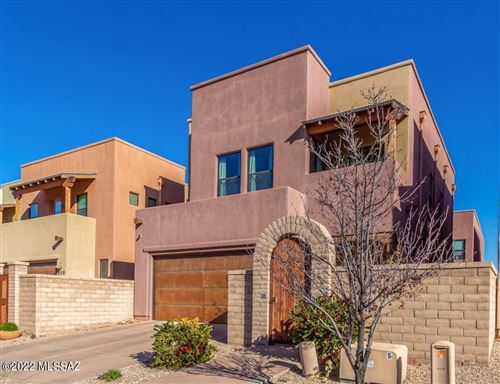 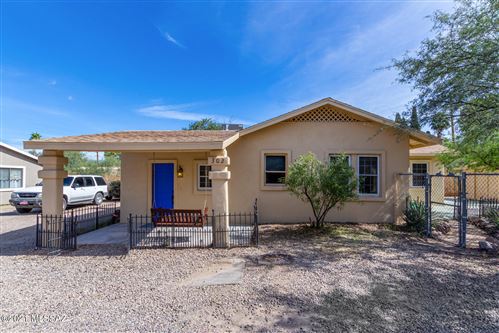 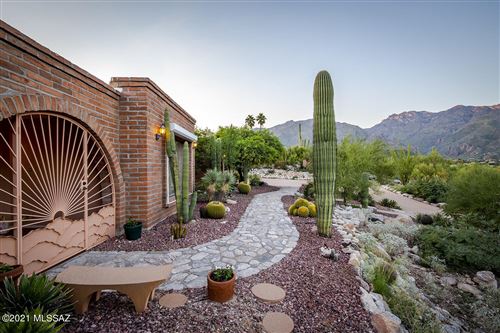 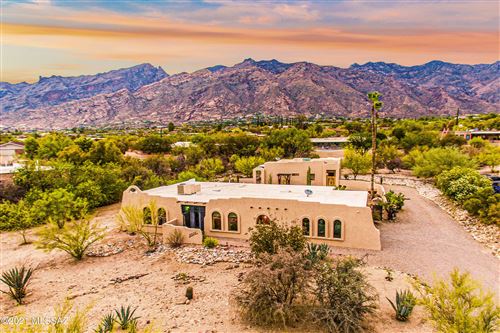 Downtown & The Historic Barrio
East Tucson Valley
Lower Foothills and Lovely Central Neighborhoods
Marana, Oro Valley, Saddlebrook & Dove Mountain
Northeast Tucson
Prince & The Miracle Mile District
Rita Ranch and surrounding areas
Sahuarita Arizona
The City of South Tucson
The Tucson Foothills
Vail Arizona & Corona de Tucson
The data relating to real estate listings on this website comes in part from the Internet Data Exchange (IDX) program of Multiple Listing Service of Southern Arizona. IDX information is provided exclusively for consumers' personal, non-commercial use and may not be used for any purpose other than to identify prospective properties consumers may be interested in purchasing. Listings provided by brokerages other than Tierra Antigua Realty are identified with the MLSSAZ IDX Logo. All Information Is Deemed Reliable But Is Not Guaranteed Accurate. Listing information Copyright 2022 MLS of Southern Arizona. All Rights Reserved.